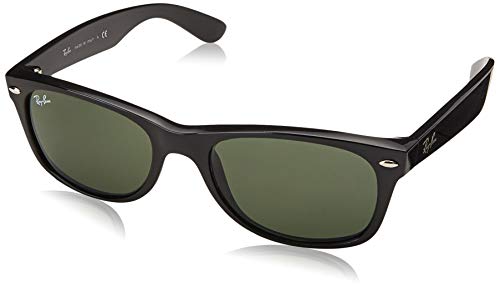 As far as I’m concerned, breaking with tradition is always a good thing. Because, more than anything, it shows that we’re evolving as a species. It shows that we’re constantly becoming better at understanding what is it that we really need. As it turned out, we needed the Ray Ban New Wayfarer    sunglasses. The Original Wayfarers are, of course, a classic. However, they aren’t the most versatile of sunglasses, not by a far. Atop of that, the old-fashioned “Pantoscopic Tilt” makes them unwearable to some. So, the question is, can the Ray Ban New Wayfarer beat the Original? Let’s find out.

Is the Ray Ban New Wayfarer a Good Choice?

The answer is both “OF COURSE” and “it depends”. When you’re looking into the category of best sunglasses for men, the Wayfarers are always in the conversation. Just take a look at some of the most important men of the 20th century and you’ll see that most of them wore Wayfarers. JFK, Bob Dylan, Andy Warhol, the list goes on. However, the Original ones were not exactly famous for their versatility. They were also pretty huge with a pronounced forward angle.

Luckily, the Ray Ban New Wayfarer   sunglasses have changed all of that. You don’t have to have an oblong and large head with a decent tan to be able to wear them decently. Nevertheless, they still aren’t the most complementary sunglasses in regards to wearing a suit. They have maintained their nonchalant nature. Therefore, if you’re into wearing suits, you’d be better off with a pair of Ray-Ban Clubmaster sunglasses, or one of the Aviator models.

Before you decide on purchasing these sunglasses, take into consideration the following things:

When compared to the Original model, there are three major improvements worth mentioning. First, the pronounced forward tilt has been significantly reduced making it possible to wear the New Wayfarer on top of your head. Second, the frame on the New Wayfarer is a bit narrower so that people with smaller heads can finally wear these sunglasses without looking silly. Third, the New Wayfarers come with new technology lenses which provide more clarity and natural vision.

All in all, these sunglasses are great for people who prefer a modern and light design, perching sunglasses on top of their heads, as well as being trendy. On the other hand, if you have a fuller head, like polarized lenses, and love the classic Ray-Ban look, the Original Wayfarers are the ones for you.

Let’s sum up the pros and cons of the Ray Ban New Wayfarer   sunglasses: 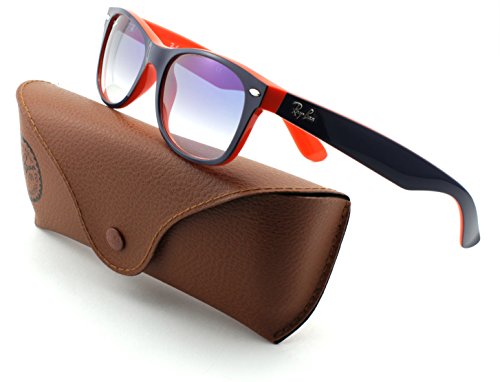 Let’s start things off with the plastic frame. As I’ve previously mentioned, when compared to the original Wayfarers, the frame on the new ones has been tampered with, meaning that it’s now considerably smaller. The crucial advantage of this change is that the sunglasses no longer take up most of your face and dominate it. So, finally, people with smaller heads can enjoy the Wayfarers without having to pay the price of looking silly.

The Ray Ban New Wayfarer   sunglasses come in two different sizes. You can either settle for the smaller 52mm version, which usually works for younger people and women or the larger 55mm one, which most adults end up choosing. The arms on the New Wayfarers are 144 mm long, the temple is 145mm high, whereas the bridge is 18mm wide.

Lastly, the shape is far less angular on the New Wayfarer model. My God is this a blessing from the skies. Literally from the skies. If you’ve ever worn the original Wayfarer sunglasses, you’re most certainly aware that the pronounced tilt of the frame allows the sun to hit your eyes from the top. No one wants that. So, kudos for that one Ray-Ban. It took you a while to sort the issue out. Up until now, we had to choose some of the best men’s hats to wear with the wayfarers in order to keep the sun away from our faces.

When it comes to the lenses, it’s worth mentioning that the new technology used to manufacture them allows a much crisper and clearer vision than the original lenses used to provide. Of course, you’re able to get yourself both regular or polarized lenses, depending on which type you prefer more. Truth be told, if you’re an avid driver, the original polarized lenses do provide a bit more contrast and reflection reduction which are perfect for that exact purpose. There’s no doubt in my mind that the original ones are one of the best polarized sunglasses for men.

However, when it comes to everyday carry, the clarity of vision which the new technology lenses provide are incomparable to the older ones. They are that much better.

The only issue I have with the Ray Ban New Wayfarer   sunglasses are the hinges. For some reason, they don’t work as well as the ones on the original version do. It feels as though they aren’t well lubricated and built, so you get a lot of noise out of them. Now, I’m not saying that they won’t last. Nonetheless, given that you’re paying a substantial amount of money for them, you don’t expect to encounter issues of such sorts. Nor should you ever. 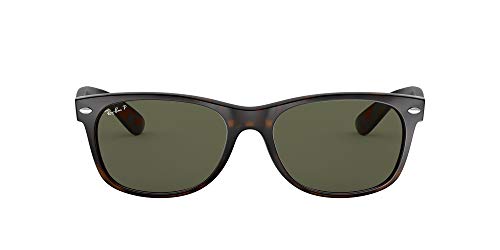 The first obvious alternative to the Ray Ban New Wayfarer   model has to be the original one, right? If you’re into the classic retro vibe that the original Wayfarers bring to the scene, don’t think twice. Just get them. Moreover, to make the best of them, get the ones with the polarized lenses. They are simply amazing! 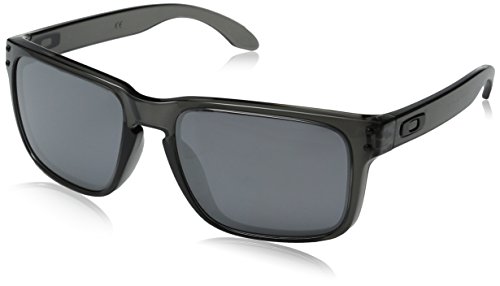 In case you’re interested in spicing things up a bit with a more modern look than the Oakley Holbrook   sunglasses have to get a look in. Granted, they aren’t the most modern of Oakley’s models but they come with the optimized peripheral vision, extreme impact resistance, glare reduction, and much more “smart” features. 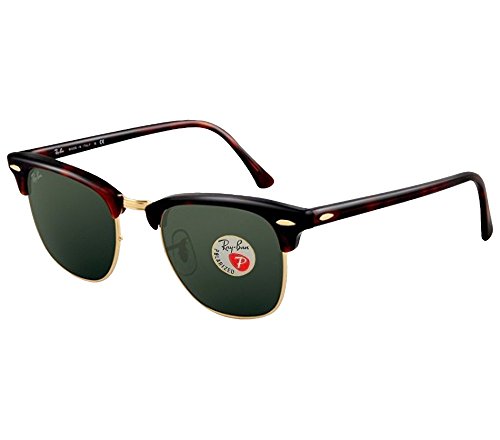 The final alternative has to be yet another classic. The Clubmaster   are one of the most popular sunglasses in the world. I personally love them because of their sleek look and incredible versatility. You’re able to wear them both with casual clothes as well as formal ones without ever having to compromise the coolness of your look.

So, have the Ray Ban New Wayfarer sunglasses become a worthy replacement for the original ones? My answer will be both yes and no. The tilt issue has been solved, as well as the matter of a ludicrously large frame. Therefore, they have become more versatile sunglasses.

However, the retro vibe has been lost somewhere along the way of designing the new model. That’s not necessarily a bad thing but I’m not at all convinced that it’ll make the fans of the original ones make the transition. In the end, it all falls down to personal preferences and likings.

Either way, I think that the Ray-Ban New Wayfarer    should get a look in, regardless of their revamped design. At the end of the day, we’re still talking about the Ray-Ban Wayfarers.

The Perfect Outfit For Whatever Date You Have Planned Source: www.travelchannel.com[the_ad id=”1142″][the_ad id=”1473″] So, the time has come for you to make merry with a lady who may very well turn out to be a life partner, and being rattled by her presence isn’t your greatest concern. No, what you’re worried about is what you’ll […]

[the_ad id=”1138″][the_ad id=”1142″] Plenty of guys think that they have to be geniuses in order to become a millionaire. On the contrary, there have been many average joes and janes that have been able to become multi-multi-multi-millionaires just by following through on their own unconventional ideas. These are guys that are determined to strike it […]

Which Companies Make the List? Source: http://officesnapshots.com[the_ad id=”1142″][the_ad id=”1473″] How content are you with your working environment? For many employees, the work place is a daunting environment riddled with dissension, excessive pressures and general dysfunction. As a matter of fact, few employees actually feel their current working environment equates to their expectations at the time […]

Sean Michaels – $17 Million Net Worth Source: vox-cdn.com Whether you like him or not, every true wrestling fan at least knows of Sean Michaels. But let’s be honest, the vast majority of fans love him. And with good reason – he didn’t earn the name “Showstopper” for nothing. He truly was one of the […]

Create Your Personal Style With These Great Tips Source: tumblr.comStyle is simply knowing as much as possible about yourself and what you want to portray. It refers to the way you present yourself and how you want others to see you. The key to finding a style that stands out is by trying different aspects of […]

Get Your Personal Finances Organized Source: ibudgetix.com Great ways to not only help you get organized but get your financial house in order is to streamline your debts, change your spending habits and consolidate your various accounts. While it might seem time consuming, it’s relatively easy to get your personal finances in order. Bank Accounts And Credit […]